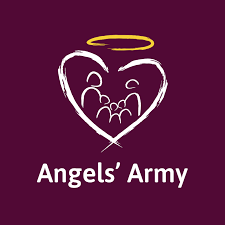 Intention: To enable the babies to be protected and formed in God’s grace, peace and joy; that they be born in prayer, and be full-fledged in God’s love, so as to gracefully fulfill God’s plans for them

Functioning:This Wing is divided into 9 groups, each of which is assigned to pray for pregnant mothers and their babies throughout one of the gestational months. As soon as the name of a pregnant mother is known to the team, she and her child is included in the prayer chain. If the team is informed, special prayers are offered during the time of delivery.

Our priests pray specially for these intentions during their daily Holy Mass.

A team of dedicated children who recites small ijaculatory prayers, offers small sacrifices and attends Holy Mass daily, for the intentions of all the children and families throughout the world

Intention: To protect families from all that is evil, and thereby, to sanctify and lead them to sainthood

Functioning:Co-ordinated by the fathers who meet and pray together frequently. Acknowledging that each father on earth is entrusted with this divine mission of reflecting the Fatherhood of the Heavenly Father, this wing prays that all the fathers in the world fulfill this duty towards their children.

Intention: To empower mothers for the mission of “holy motherhood” that they are entrusted with, and thus, help them to nurture their kids in holiness

Functioning:The team prays together regularly through WhatsApp, conference calls, etc., and intercedes specially for the prayer requests received and shared through group messages. Thus, they pray as a team daily, while being at their own homes.

Intention: To enable grandparents in bestowing love on their grandchildren, right from the womb, through their care, blessings and prayers; to prepare grandparents that they be successful in imparting their Christian faith, virtues and morality to their next generation, as it is also their responsibility to protect grandchildren from the malice of the world.

Functioning:Grandparents recites rosaries regularly at convenient times, in their own homes.

Intention: To equip teachers with the graces needed to form their students in virtues and values that lead to holiness.

Functioning:This wing prays that all the teachers recognize that, they, being greatly influential in the lives of students, have much responsibilities in molding them in holiness. The team members pray together and communicate through WhatsApp groups and SMS. 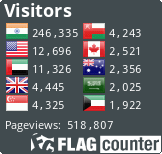